A man and woman have been disqualified from keeping animals after their pets were found living in “dire” conditions, surrounded by their own faeces.

The RSPCA were alerted to the conditions the animals were living in by someone who was concerned for their welfare and Inspector Nick Wheelhouse went to visit Mr Smith at his home in Greenwich.

He said: “They were being kept in dire conditions. The dogs were extremely matted, covered in faeces and lying on the floor in their own mess. Maisy had limited mobility due to her arthritis. They had extremely overgrown claws some of which were curling back in on themselves.

“The cat was, thankfully, in fairly good condition but the dogs were in a real state. Both had to be fully shaved by veterinary staff to remove all of their dirt-encrusted fur.”

Poodle-cross Maisy, bichon frise Snowy, and Brittany the cat, were taken into RSPCA care. Maisy went into a foster home but was sadly later put to sleep for health reasons.

At court this week, both Andrews and Smith were disqualified from keeping animals for five years and ordered to pay £250 each towards costs.

A deprivation order was made in respect of Snowy and Brittany so they will now be rehomed.

“Maisy originally belonged to Ms Andrews but was taken on by her brother, Mr Smith, when she was temporarily made homeless,” Inspector Wheelhouse added. “She continued to regularly visit the home and failed to take any action to improve the conditions for the dogs and cat. 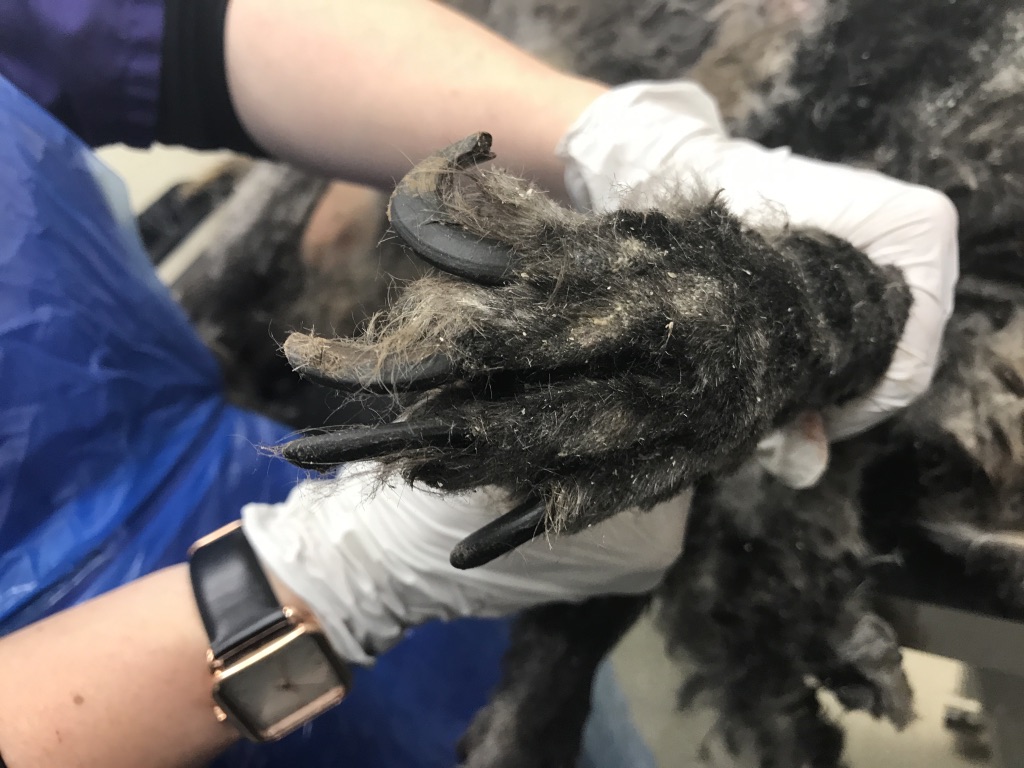 “It was Mr Smith’s responsibility to care for his pets and he failed to meet even their simplest needs.

“Dogs need regular grooming and some breeds, such as bichon frises and poodles, can require even more attention to keep their coats clean and free from matts.

“As well as matted coats and overgrown claws, Maisy was in a poor condition. She had urine scalds and was suffering from arthritis that had gone untreated for some time.

“Sadly, her health deteriorated while with a fosterer and vets made the difficult decision – with consent from the defendant – to put her to sleep.”

Andrews admitted one offence of, between 19 December 2016 and 19 March 2017, by way of supervising Robert Smith (or otherwise) permitted unnecessary suffering to Maisy in respect of her incontinence and arthritis, contrary to Section 4 of the Animal Welfare Act 2006.

Neil the cat from Leeds cuddles up to be crowned nation’s...