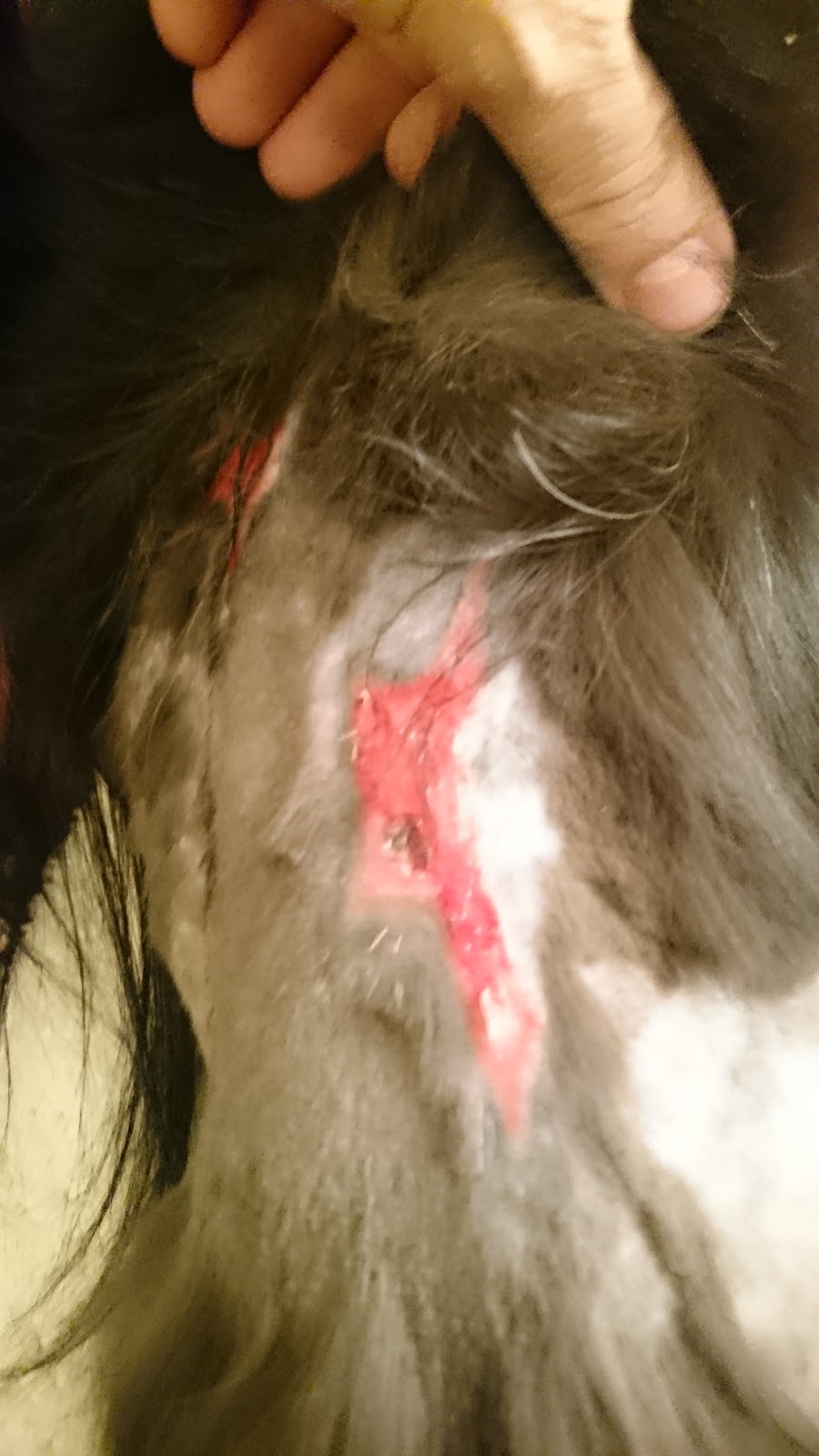 The RSPCA is investigating after a cat returned home to his owner with horrific burn injuries.

Jet (pictured left) returned home on April 7 with injuries consistent with having hot liquid thrown over him. He had fur missing and an open wound on his back as well as sores on his paws and legs.

The three year-old Maine Coon’s owner, Angie Robertson, said: “He had been missing for three days when he finally came home. There were chunks of flesh missing from his nose, his front paws were red raw and he had no front claws left.

“He had obviously been scratching to get out of somewhere.

“It was a few weeks later when his fur started to fall out and I noticed the scabs on his back.”

He was taken to the vet who said the injuries had been caused by boiling water being poured over him. And weeks later, Jet’s wounds (pictured below) have still not healed.

“Jet had been missing for days before he came home with the nasty injuries,” RSPCA inspector Carrie O’Riordan, who is investigating the incident in Alconbury, Cambridgeshire, said.

“There was a similar incident this time last year and I’m concerned that someone is targeting these cats deliberately.”

Ben, a two-year-old ragdoll, suffered similar injuries when he was scalded with boiling hot water.

The cat – who lived in Coulson Way, the same road as Jet – was taken to the vet with injuries that his owners suspected had been caused by a fight with another cat. However, when his fur was shaved, it uncovered a huge scab.

Inspector O’Riordan added: “It’s very worrying to see a second cat from the same street come home with such awful injuries which look as though they’ve been caused by boiling water.

“I’d never seen something like this before and now I’ve seen it twice in a year – in the same road.

“Unfortunately, cats can be vulnerable to attacks because they are out exploring and wandering the neighbourhood.

“But there is never any excuse for causing such horrendous injuries to a cat – or any other animal.

Angie, who has two other cats, said: “Jet’s wounds have still not fully healed. It’s so sad to think what he must have gone through. It’s very concerning. I worry every time they go out.”

Neil the cat from Leeds cuddles up to be crowned nation’s...